Production designers create the way a film or TV drama looks. Films can be set in any number of places; a Victorian orphanage, a Caribbean cruise ship, or another planet, for example. They work with all the other visual departments, costume, lighting, visual and special effects, and graphic design. They help create the visual world in which the story is set.

Credits: Say My Name, Back in Time for the Factory, The Convent

Born and based in Wales, I have worked in film and television for the last twenty-five years. In this time I have worked for numerous production companies, it has also been a renaissance of Welsh Film and Television.

This revival has helped secure confidence in Welsh media and with its massive investment. This has, in turn, attracted exciting domestic and international projects that have been seen on the world stage. Production companies and networks such as Starz, HBO, NBC Universal, TNT and the BBC have all flourished in Wales, and I’m proud to have been a big part of that.

I have always been a passionate advocate of up-and-coming Welsh talent, and for the last 15 years have supported education programmes that have promoted aspiring creatives. I have repeatedly worked with a number of these individuals and been delighted to see their progression through the art department to hold positions of seniority.

In the last decade, I have worked as Supervising Art Director on hit series for some the industry’s largest production companies, including NBC Universal’s Brave New World and TNT’s Will. Creatively active, I have also occupied the role of Production Designer on several television shows, and feature films and a number have been recognised with BAFTA and other international award nominations and win (Say my Name).

Working as a Production Designer and Supervising Art Director, I relied on my extensive experience to help me manage highly effective and creative teams that have delivered a clarity of vision to both big and little screens. I have had the pleasure to work with a vast network of fellow creatives to realise a vast number of sets for high end productions. 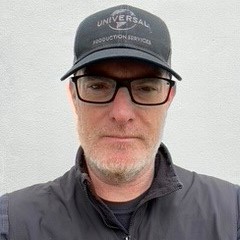