Mandy is a mother, a writer, a nihilist. Mandy is a modern woman in a crisis. Raising a son, Larch in the midst of a female revolution, mining the pain of her parents’ separation and professionally writing about a love that no longer exists, she falls upon a troubled man, Pete, who is searching for a sense of worth, belonging and ‘restored’ male identity.

Billie Piper’s brave and bold directorial debut Rare Beasts was selected for Venice Film Festival, BFI London Film Festival and SXSW, and will be released in the UK on 7th May 2021 by Republic Film Distribution. 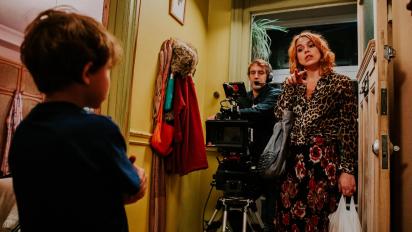 As the world celebrates women’s rights and achievements on International Women’s Day, find out more about the forthcoming Ffilm Cymru-funded features written, directed and produced by talented women filmmakers.