Taking place in Cardiff, Wrexham and, Swansea, the project captured the stories of women from 14 different countries now living in Wales.

BAWSO and Griot Creative created a fun, game-based mechanism of learning which helped to create accessible film education for service users at BAWSO. Helping women who are survivors of Trafficking, FGM, Force Marriage and Domestic Abuse to explore ideas surround storytelling and media representation. The project has begun conversations around creating a video production team within BAWSO to take on the tools of representing the women that they work with. The CPD elements of the project have also provided the team at BAWSO with the opportunity to explore broader projects surrounding giving voice to BAME women and other minority groups. 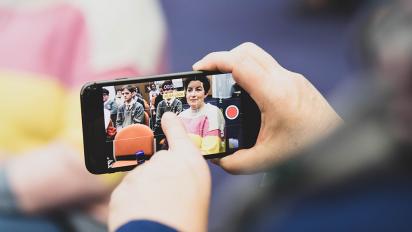 Young people from across Wales will apply their creative, digital and communication skills to make their own films and have them shown in cinemas and online thanks to three new film education projects funded by Ffilm Cymru.