Danny began his career as a Trainee SFX Technician working on popular TV shows such as London's Burning and Soldier Soldier, where he learnt his trade and grew through the ranks to become one of British Television's most renowned SFX supervisors. He continued working his way up the ladder and gaining valuable experience until he became a BECTU graded TV Supervisor and formed Real SFX in 2008.

Since the birth of Real SFX, Danny has been at the forefront of the British TV and Film industry, providing effects for films such as Free Fire, directed by Ben Wheatley, Final Score and The Informer. Danny's charismatic approach has seen him work with numerous renowned actors and directors such as Michael Caine, Kevin Costner, Danny Boyle and Ken Loache. As well as providing cutting edge effects for films as well as action shows such as The Grand Tour, Danny has supervised most of Britain's much-loved TV dramas including Peaky Blinders, His Dark Materials, Doctor Who, Good Omens, Luther and Hanna to name but a few.

Danny's company, Real SFX, are proud winners of a Creative Arts Emmy Award for their work on the fan-favourite Sherlock, as well as a Royal Television Society award and multi-BAFTA Craft and BAFTA Cymru awards, with their most recent win being in the Summer of 2020 for their work on His Dark Materials. Their first BAFTA Craft win, for Doctor Who’s 50th Anniversary Special, saw Real SFX create all physical special effects for the episode which was broadcast on BBC One in the UK and worldwide in November 2013, and holds a Guinness World Record as the largest simulcast of a TV drama in history. During this celebration Danny was asked to meet the Royal family at Buckingham Palace to mark this momentous occasion.

Having worked continuously since he formed Real SFX, Danny’s reputation for working on countless British shows has paved the way for huge productions from across the pond. Real SFX works across the length & breadth of the UK from Cardiff, Manchester, Scotland & London, as well as abroad - most recently in 2019 where the crew filmed in Malta for the high acclaimed Sky TV show, Das Boot.

Danny continues to dedicate himself to a first-class finish and proves to be ingenious at finding original special effects solutions to challenging creative content, providing an affordable service whilst exceeding expectations. 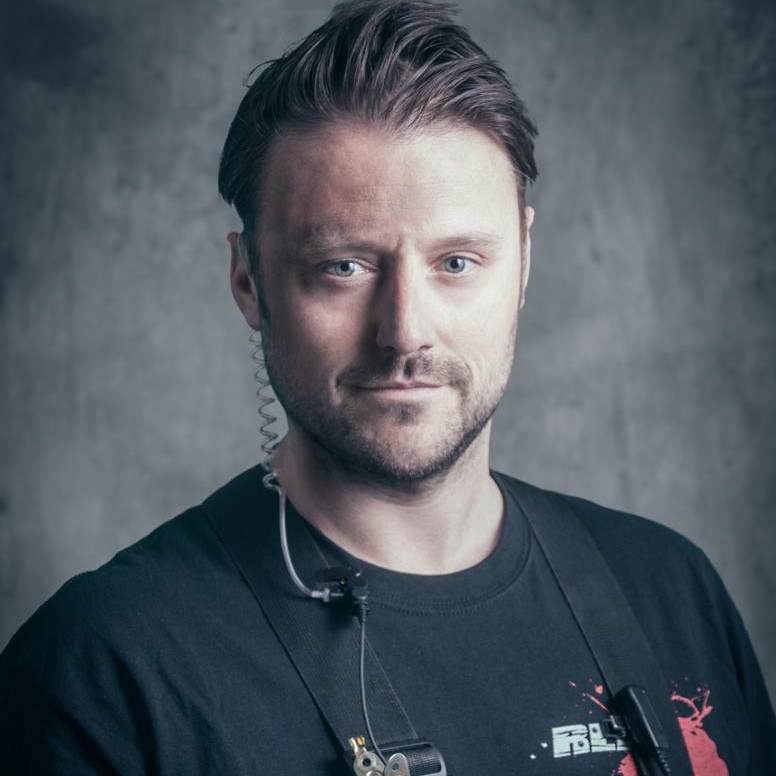 “[SFX is about] how we are going to do the incredible. How to create these effects, whether it be an explosion or an elemental effect like snow or rain with the ambition the production want… but also it’s delivered safely & within a budget” - Danny Hargreaves