Post-production is the stage after production when the filming is wrapped and the editing of the visual and audio materials begins. Post-Production refers to all of the tasks associated with cutting raw footage, assembling that footage, adding music, dubbing, sound effects, just to name a few.

Credits: His Dark Materials, Discovery of Witches, On the Edge

An award winning editor and Gorilla’s founder and Managing Director. Gorilla launched in 1999 (Then named ‘Mwnci’ – Welsh for ‘Monkey’) with Rich as the main finishing editor and colourist, the company grew from a single linear tape suite into a nationally respected post-house with over 100 Avid suites, 8 Dub suites, Grading, VFX, Animation, Studio and OB. Now with a purpose built HQ spanning 5 floors and two other facility locations, Gorilla has around 70 permanent staff and operates 24/7. Gorilla delivers hundreds of hours of multi genre programming from ‘Daytime’ to High End Drama, to International clients including BBC Worldwide, Netflix, HBO and all UK Broadcasters. Gorilla is the leading post production facility in Wales, while still retaining its boutique roots and customer service values. 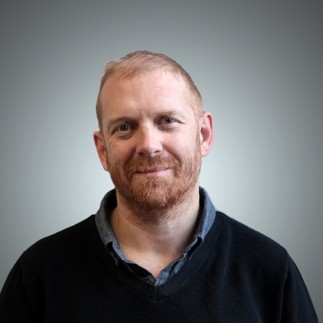