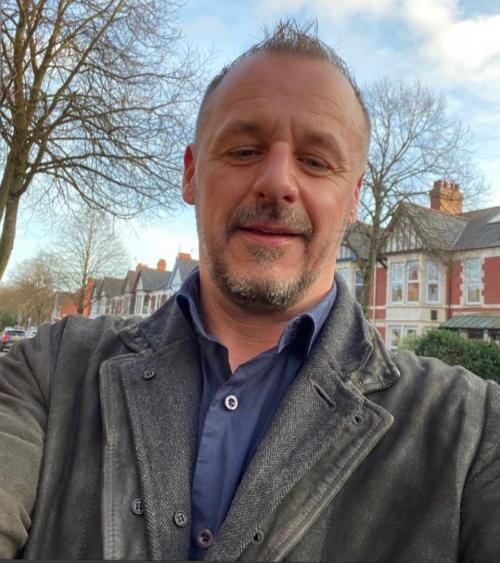 Lloyd Elis joins the Ffilm Cymru Wales skills & training team having previously worked freelance for the last thirty years within the production department on Film and TV drama productions across the UK & International.

He has during the last decade worked extensively as a Line Producer and Unit Production Manager for companies as diverse as Netflix, Lionsgate, Starz Entertainment, Acorn TV, BBC Films, Channel 4 Film, Sky Atlantic, ITV and most recently has just finished working with Steven Spielberg for Amblin TV shooting season one of Brave New World for the recently launched NBCU streaming channel called Peacock.

Throughout his working career he has championed & fully supported onset training schemes such as Foot in the Door with Ffilm Cymru Wales, It’s My Shout with BBC Wales & the BBC training academy at BBC Elstree Studios when he worked as a Production Manager on EastEnders.

In 2019 he was responsible for developing and managing the joint partnership training scheme “Onset PA Bootcamp” on behalf of the Welsh Government & NBCU with the remit to train and select local based candidates during the training workshop period for the production company to then proceed to fully commit with engaging the trainee candidates with full/part time working contracts across various departments during the shooting period for the American TV drama called Brave New World which was shot on location and at Dragon Studios in Wales.